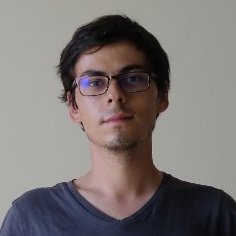 Between 2009 and 2012 he attended the Institut d’Optique Engeneering School in Paris-Sud University (now Paris-Saclay University). From this Institute he obtained in 2012 an Engineering Degree in Optical Sciences and a Master Degree in Nanosciences.

The same year he joined the group of Alain Aspect at the Institut d’Optique as a PhD student. In 2015 he obtained his PhD Degree in Experimental Physics in the field of Atomic, Molecular and Optical Physics. He studied the propagation of ultracold atoms (i.e. Bose-Einstein condensates) in optical disorder, including phenomena such as Anderson localization, weak localization and diffusion.

In 2016 he joined the Pr. Ozcan Research Group at UCLA as a post-doctoral scholar. His research interests include the design of mobile and cost-effective optical devices for fertility probing.