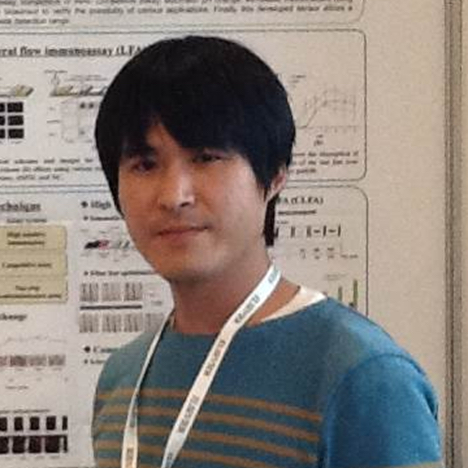 Hyou-Arm Joung received his B.S. and M.S. in Chemical Engineering from Chungnam National University, South Korea in 2005 and 2007, respectively. In 2015, he obtained his Ph.D. in Physics and Photon Sciences from Gwangju Institute of Science and Technology (GIST), South Korea in 2015. Previously, he worked as a research manager at Infopia Co. Ltd., South Korea from 2007 to 2010, and he also worked as a post-master researcher at the Korea Research Institute of Biosciences and Biotechnology and as a Research Fellow at the Department of Chemistry at Gwangju Institute of Science and Technology, South Korea in 2011 and 2015, respectively. He is currently a post-doctoral scholar in Prof. Aydogan Ozcan’s group at the University of California, Los Angeles. His research has focused on the development of advanced paper-based point-of-care (POC) diagnostic devices, novel assay platforms, and optical biosensors.